August              – Funding submission to Evolution Mining successful. MPCDB presented with cheque for $221,000 to assist in the construction of the Summit Walk

September        – Trailworx complete earthwork at the Ecotone section of the Trail.

– MPCDB order treads to replace the ones provided by QPWS.

– The Summit Walk sub committee voted to discontinue using the hired Troopcarrier  in favour of purchasing a suitable replacement vehicle. This would stop the $115 +   GST / day budget drain.

– Nissan Patrol purchased for $12,800. Estimate around an $8,000 saving over the duration of the project with an asset at the end.

October            – MPCDB makes more site visits to assist the QPWS and Gidarjil in mapping  remaining sections of the trail.

– NBRC approached to fulfil its agreement to grade and surface the assembly area of  the Gazetted Road.

– Plans drawn for construction at the assembly area and submitted to Council in accordance with the CEO’s letter of approval.

– Consultation with Land Holder on construction and position of sight fence along the  gazetted road boundary.

– As a matter of formality, Development Application and Fee Waiver ($395) form submissions are pending.

– The first group of Trainees will be finishing up this month. (27th)

– It is anticipated that sections A-E and Sections T-W will have largely been completed by this stage.

– Davis Building Services quote accepted and preparations commence to construct the 120m sight fence along the first section of the Gazetted Rd.

– NBRC contacted to provide street signage for the Summit Walk

– QPWS indicating it is prepared to sign off the trail in principal for the opening subject  to some remedial work being done. Time line – end November.

– Table and bench chair combo ordered and installed at the car park shelter.

– Food and drinks ordered for the opening.

– Official opening 6th August 10am attended by around 150 people.

– Channel 7 news and the ABC radio covering the event. 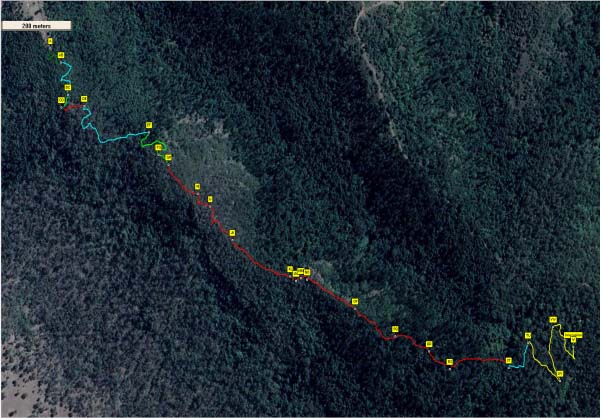 To monitor the level of work completed on each section the following rating values are used.