The Tram is HERE!

The tram was placed at the Mt Perry Men’s shed (its temporary home while being refurbished) on Tuesday the 6th of August. 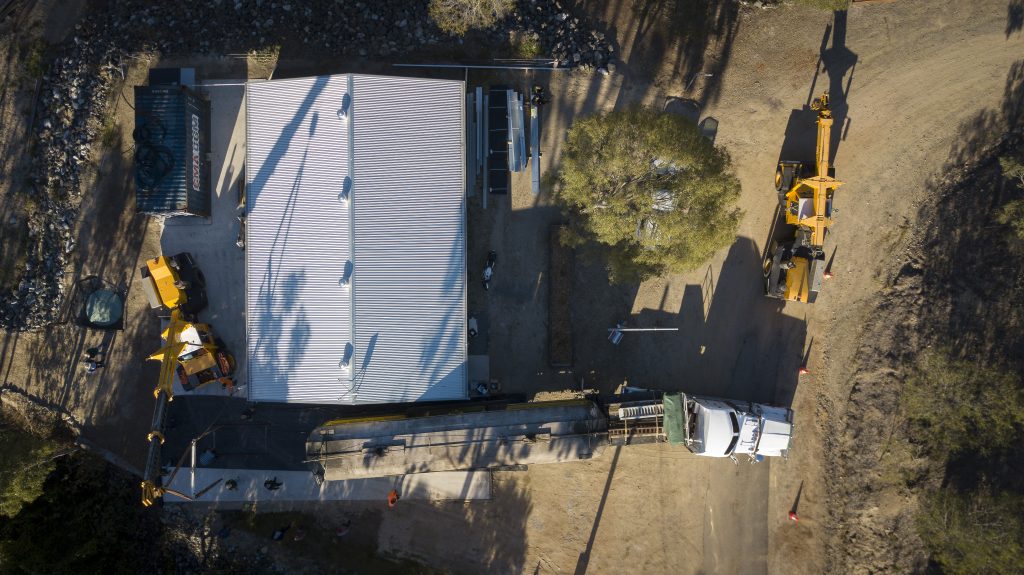 The tram placement at the men’s shed 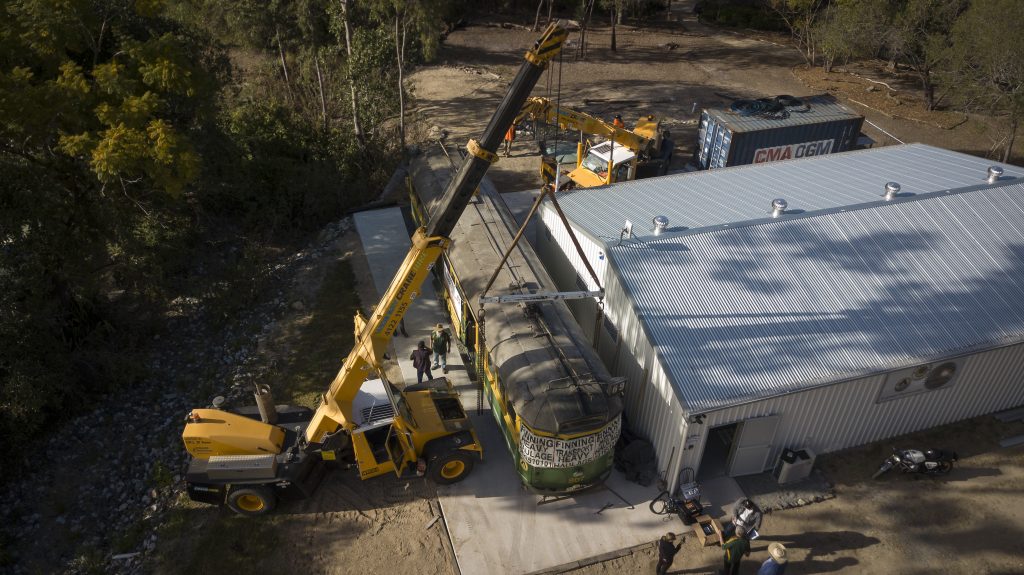 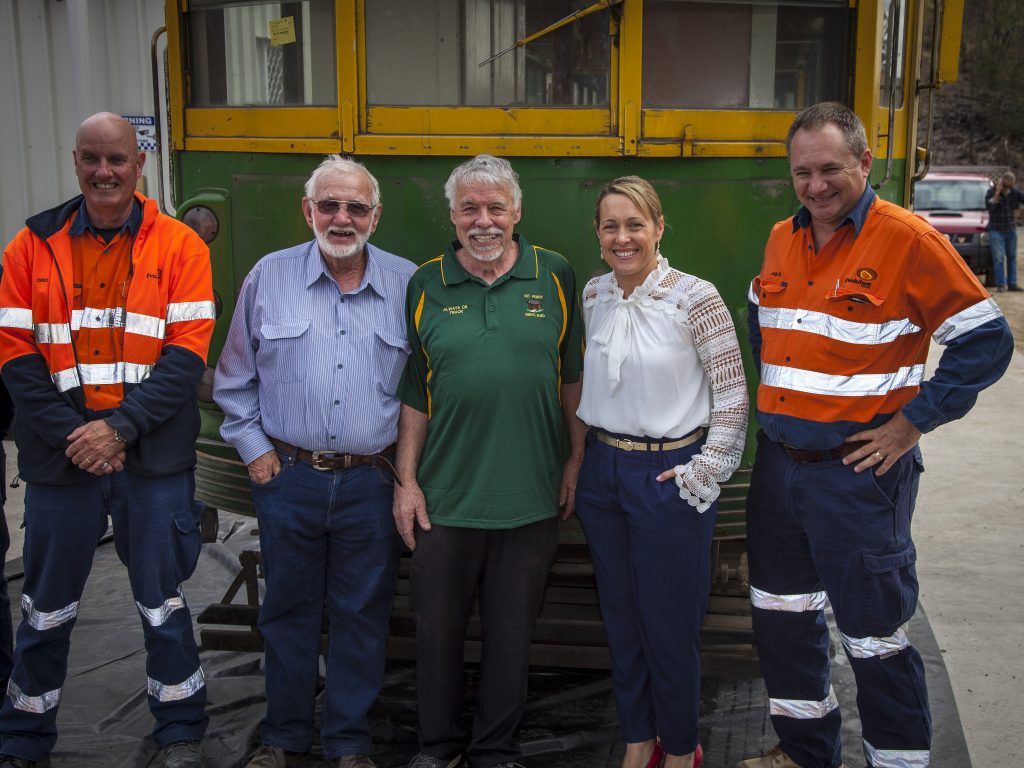 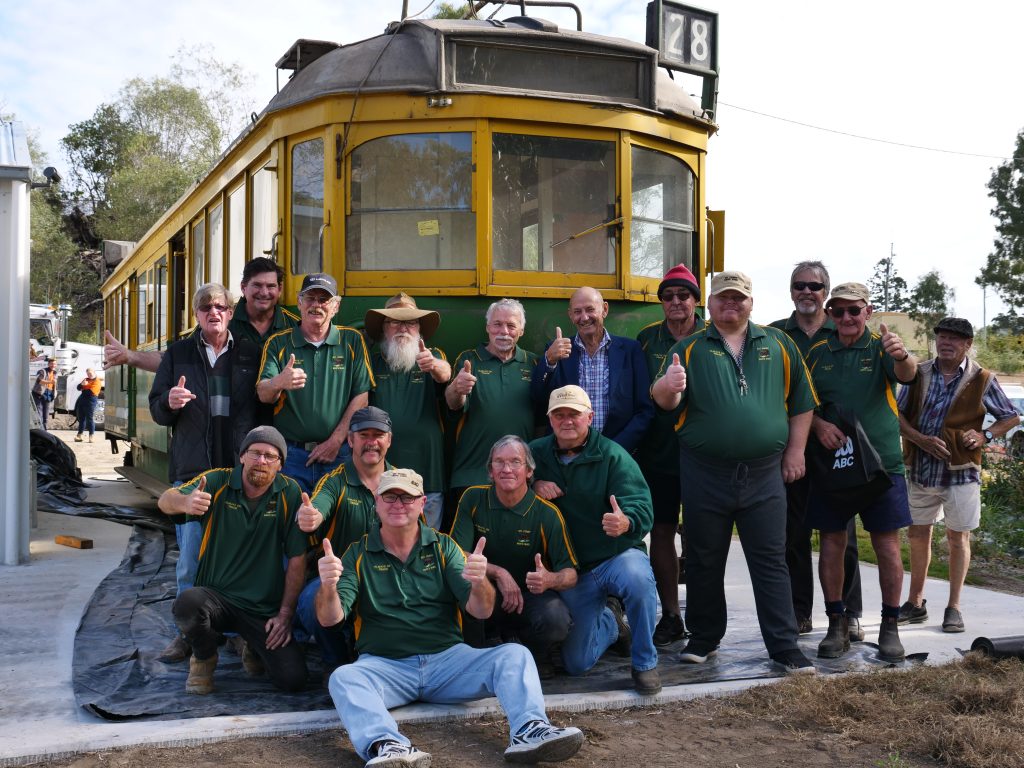 All Aboard – Last Stop Mt Perry! 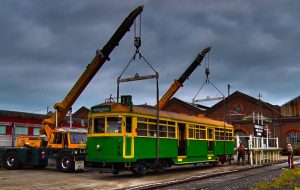 The Mt Perry Men’s Shed and the MPCDB are very excited to finally have a date for the arrival of the Melbourne tram.

On July the 30th, tram 807 will be craned out of the VicTrack Newport workshops and onto the low loader that will carry it on its long journey to Mt Perry. The tram will arrive here on Monday the 5th of August, and the following day, two cranes will lift the old girl onto the prepared concrete pad and rails, outside the Flora St Men’s Shed.

There is expected to be considerable media attention for this historic event, and it would be great to see as many members of the local community there on the 6th to show their support. 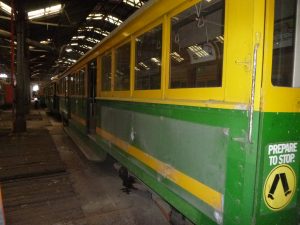 It is now broadly known that a retired Melbourne tram is coming to Mt Perry. This was as a result of an application made by the Mt Perry Men’s Shed in 2018.  The tram allocated is number 807, a retired W-Class tram. The tram will initially be located at the Men’s Shed while it is refurbished and prepared for the next stage of it’s life. While the final resting place for the tram is yet to be decided – it will be on display and it will be setup as a tourist attraction. As the everyone knows, the 2018 Melbourne Cup was made from Mt Perry Gold, the tram, as a tourist attraction, will celebrate that connection for many years to come.

It is expected that the tram will be delivered some time over the next three months and it will be situated at the Men’s Shed for about one year while the tram undergoes refurbishment. It is expected here that both the interior and exterior will be re-vitalised and preparation carried out to ready half the tram for virtual tour technology, It is also expected a facility will be installed for the Tea/Coffee room project. This could very well extend the full refurbishment to 18 months.

At the end of this period the tram will be moved to its final resting place and this site has yet to be decided. In any case securing a site  and preparing is expected to take another year.

Based on the time scale for each of these steps it is expected the tram will be open for business by the end of 2021. 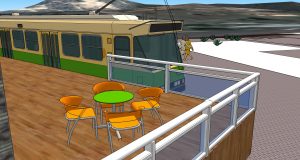 At this stage the placement of a specially engineered concrete pad area at the Men’s Shed has been completed and the order placed for an awning to protect the tram from the elements. A trucking firm has been secured in Victoria and at present we are awaiting for the local crane hire company to place the tram in position when it arrives. Rail has been secured for tram placement and is now on site.

It is expected the tram will be delivered to site within three months.

The Mt Perry Community Development Board and the Mt Perry Men’s Shed are extremely grateful to the North Burnett Regional Council, Evolution Mining and Arthur Dingle for their amazing support in getting this very worthwhile project off the ground. We would also like to thank Bundaberg Sugar for their donation of rails for the project.